Home »España»A trip to Gredos (or towards oneself)

Although to perform a solo activity of 4 or 5 days is not particularly spectacular nowadays, I must confess that it is the first time that one of us (in this case, myself, Carlos) carries it out. Precisely because of that, because of the novelty, because of embarking without any kind of company, it was already a challenge for me, even if it was mental. To add more interest, I added some physical challenge: do it in self-sufficiency, and make a challenging journey. Due to proximity, I chose the Sierra de Gredos, specifically, the “Travesia Cóndor” (Condor crossing), which runs through those mountains from east to west, although as I had more days off I chose to prolong it in both directions. 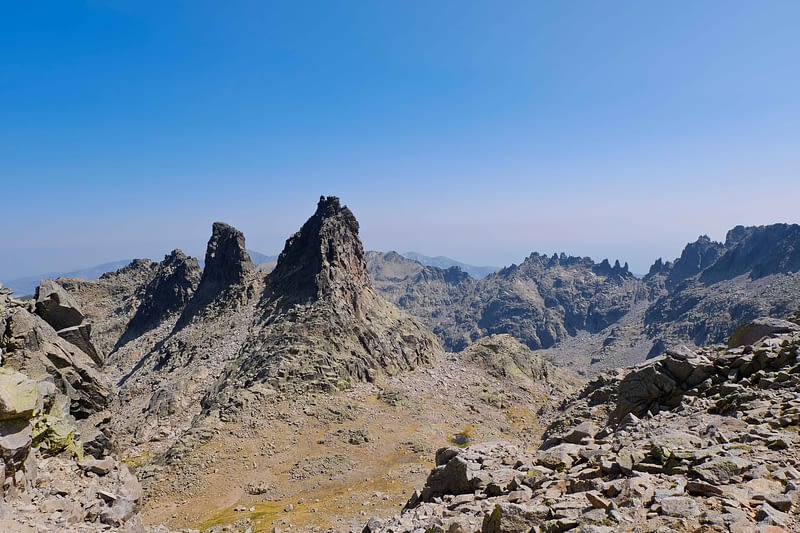 On paper, It was a neat route, from Candeleda to Béjar in 5 days. You can see it here, but notice that the track is generated by hand and is not valid to navigate …

I must tell you… I have not been able to finish what I had planned, far from it, due to a series of circumstances that I proceed to analyze:
– I made a serious mistake before departure: I underestimated the route. From the second day (which is the beggining of the Condor crossing itself) the track follows long stretches without a marked path, through a sea of ​​”piornos” (which is the typical vegetation of the area) and/or loose rock and scree, meaning that, at least to me, it was really difficult to make good progress. But the worst thing was the exposure. That is, as the route traverses along the dividing line between both slopes of this steep mountain range (north and south), it is necessary at some points to make climbs and detours that, being fully loaded as i was (see next paragraph), supposed to take more risk than I originally planned.
– Lack of water, or at least, difficulty finding it, which forced me, on the one hand, to carry a lot of weight in water every time I found (just in case) and to deviate a lot from the path to get it, with the consequent cost of time and energy.
– The trigger for the retreat was a rainy, gray dawn, with plenty of fog in the highlands, which would have forced me, if I’d continued, to take more risks than I was willing to take.
Result: a bittersweet experience; I can not avoid an aftertaste of defeat that saddens me a bit, since I had raised the activity as a personal challenge that I was not able to fulfill. However, the experience has been positive, because I’ve visited some fine places in the Sierra de Gredos that I did not know (and I have loved) and saw a huge amount of local wildlife (mountain goats, mainly). Also, I’ve learn a couple of things that I think will serve me in the future: one must prepare the objectives more thoroughly, and that the mental game is very important when you go alone and the conditions are not favorable. 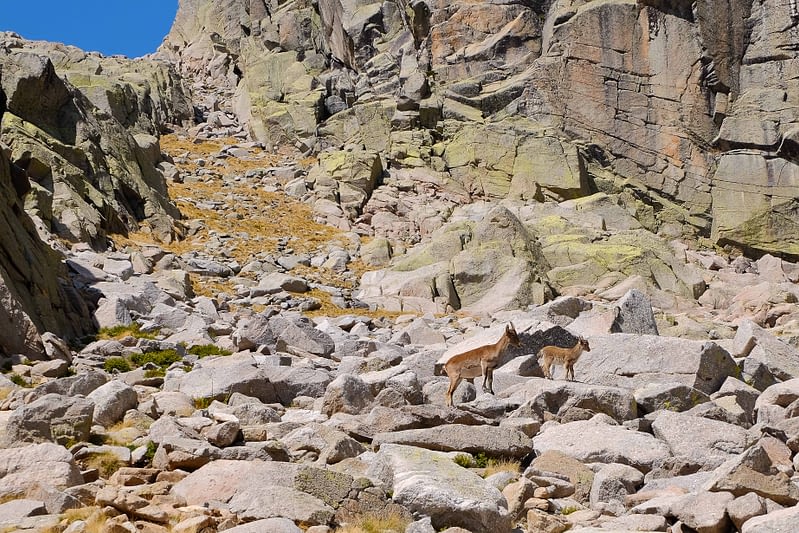 Climbing up and down I spent some moments of real anguish, I felt trapped in some kind of rock jail with no exit, running out of water and without any place nearby to find it … I was able to get over that, but I can not help thinking how with that little adversity (I am convinced that someone who has done this route could read this and think: “the route difficulty is not that much …”) I felt so overwhelmed . It is clear that everyone has their own limits, and that often these are more in your mind than anywhere else, but that is why I am somewhat disappointed: I thought I was stronger. Or I would like to be stronger. Maybe everything is reduced to the difference between expectation and reality, and probably my expectations about my ability were exaggerated given the little experience that I actually have …
As you can see, a bittersweet experience: I’m sad and happy at the same time. I think I’ll be back sometime … 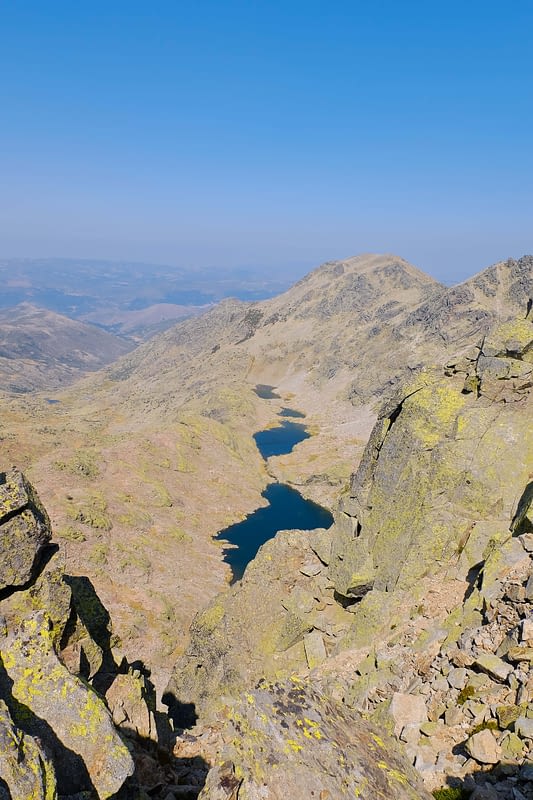